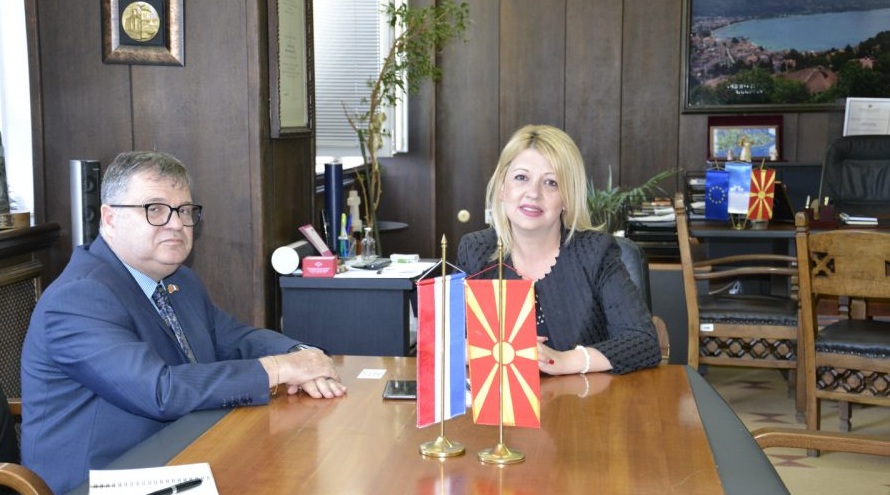 The President of the Council of the Municipality of Ohrid, Zivka Angeloska, today had a protocol meeting with the Ambassador of the Republic of France in Republic of North Macedonia, Christian Timony. During the meeting they were discussed current and the further cooperation possibilities.

Ambassador Timonie, beside the other thing that they had discussed, emphasized that no matter what decision will be taken at the UNESCO conference in Baku, his country will continue in the future to support all efforts that should be directed towards the protection of the natural and cultural heritage of the Ohrid region.